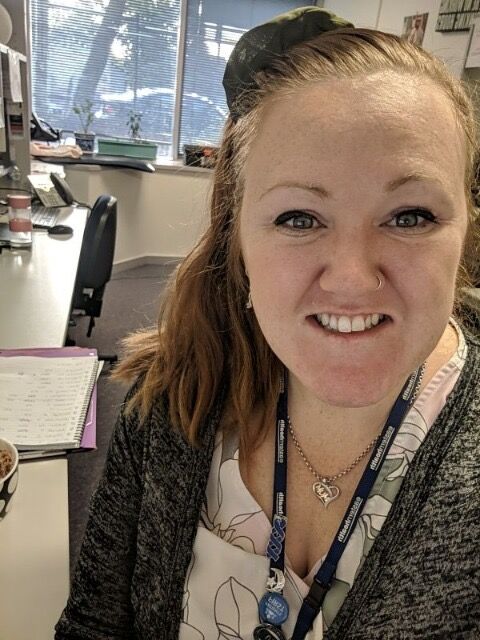 In a year like no other, HACSU member Kim Gallaher probably experienced some of the worst of it. Working in the emergency department at Monash Health this year, Kim was witness to an inundation of mental health presentations, as the toll of the pandemic became too much for many to handle. As a mental health nurse, Kim was well and truly on the frontline this year.

“This year’s been hard,” Kim says.

“From a work perspective, it’s been hard working in an emergency department because we’ve been working at the coalface all year. Working in masks and PPE and not knowing when or if you’re going to get a call to say you’re a close contact or has meant I’ve always been worried for my children. Youth emergency department presentations in particular have been through the roof, which is really sad to see. It’s really hard to see young people struggling so much. Hopefully we see things get a bit better soon, but it hasn’t let up yet, that’s for sure.”

Away from work, Kim quickly had to adapt to becoming the sole worker in the family after her husband unfortunately fell victim to COVID-19 cost cuts. It was up to him to keep the house in order with a two and four-year-old while Kim had to play a part in keeping her workplace in order for many suffering Victorians. This would be a hard situation for anyone to face, but there’s one factor that makes it even harder for Kim.

“I haven’t been able to see my family that much- they all live in rural Victoria. I’ve been shut off from all my family for a long time,” she says.

One thing that has remained consistent in a truly unpredictable year has been the unwavering support of HACSU, who Kim has been a member of for six years. Kim’s involvement in the union goes beyond paying her dues. The former delegate still disseminates information to her fellow union members and fights for what’s right at bargaining meetings.

“I love the support that I get from HACSU,” she says.

“I was involved in a recent dispute and after I gave my evidence, I had a message on my phone saying, ‘Really well done, thanks for your support.’ I didn’t know who it was, it was from an unknown number, and as I was writing a reply, another message came through and said, ‘By the way, this is Paul Healey.’ There are very few people in those sorts of positions that do that. Even before Paul, there was Lloyd (Williams), and they’ve both been very hands on and right there for everyone, which is a really special part of HACSU.”

With the Royal Commission’s final report into Victoria’s mental health system set to be delivered next year, Kim feels that HACSU members will have a lot of power in ongoing Public Mental Health Sector Enterprise Bargaining Agreement (EBA) negotiations. She encourages any mental health worker who wants extra security over their career to join HACSU.

“There’s always someone you can talk to at HACSU,” Kim says. “Even if someone isn’t there, they’ll call you back. I’ve never felt unsupported by HACSU. Plus, HACSU membership always counts to your tax deduction!”

Even though this year has been an extremely busy one, Kim is not someone who takes a back seat from all the action.

“I enjoy being involved in new projects,” she says.

“I love being involved in setting up a new service, presenting new ideas and influencing how we operate. That opens up opportunities to go to conferences, open up conversations with other services and stuff like that. I’ve never been one to sit on my heels and watch everyone else do things.”