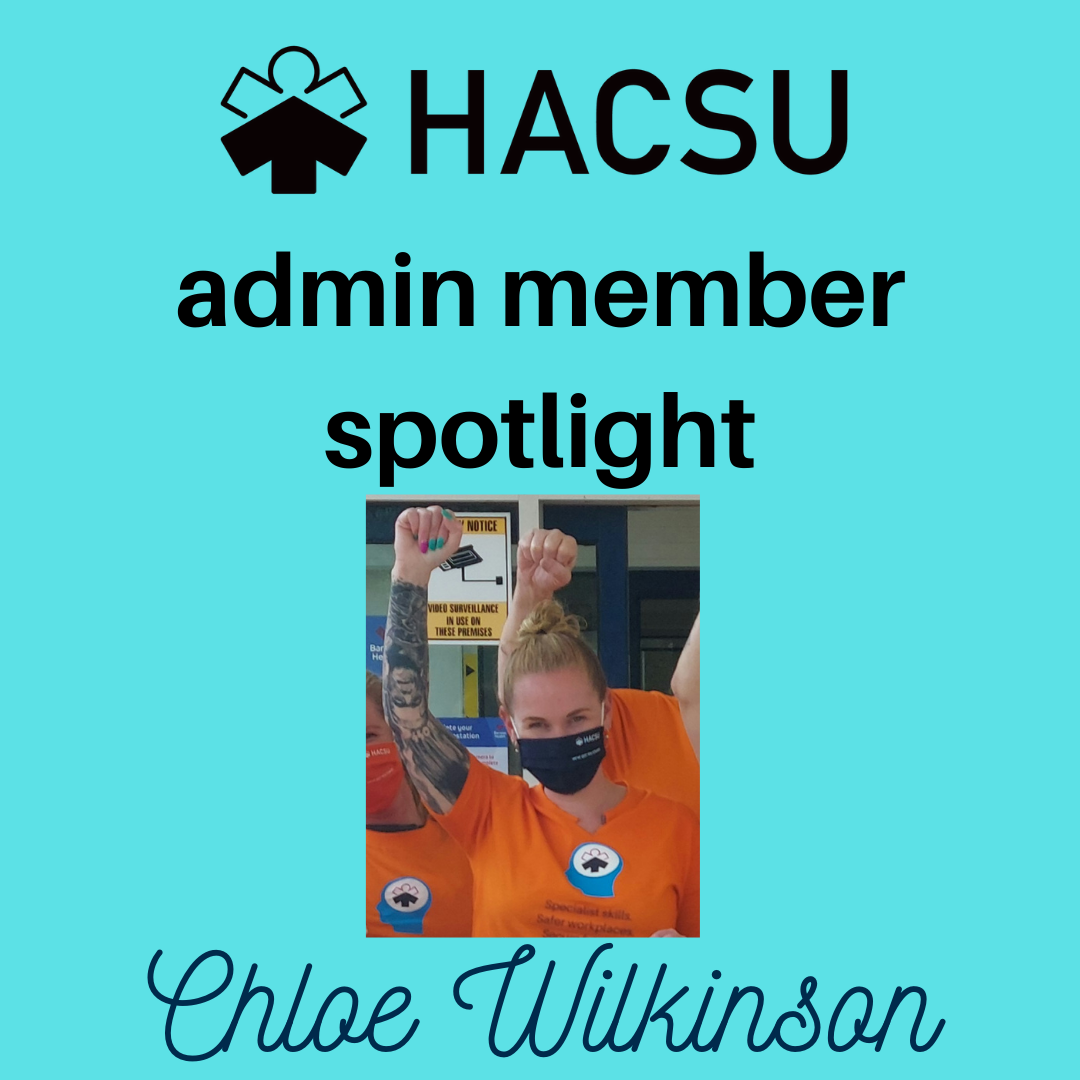 Have you ever played dominoes? Have you been really frustrated when you knock just one domino and your whole train falls? That’s how Barwon Health Swanston Centre Ward Clark Chloe Wilkinson describes the importance of administration workers to an organisation. Wilkinson started out at Barwon Health as a casual reliever and moved from part-time to now, full-time.

“All our hours and days were completely changed with no notification, no consultation,” Wilkinson says.

“We were working outside of our contracted hours and days. We rolled with the punches and turned up to work when we were required. I was exposing my parents to a higher risk because I was working, and they were looking after my children. It’s been quite a stressful year for everybody.”

Compounding this stressful year are stressful bargaining sessions, where the people sitting across from HACSU at the bargaining table are being uncooperative when it comes to approving important claims for our members working in administration. Wilkinson has a simple message for those people.

“Come and work in our shoes, then I’ll give you nothing and we’ll see how you feel,” she says.

“At least recognise the work that we do. We do a good job. I’d just love to see the faces if we were the powers at be, and we were in charge of their EBA, I reckon they would fight for more.”

Despite the pressures of the role, Wilkinson knows how important she is to Barwon Health’s Swanston Centre. Even though her workload in itself is stressful, she always looks out for the clinicians in her ward, who do a stellar job working directly with clients.

“Everyone’s got their job and role,” Wilkinson says.

“You remove one of the dominoes from the tower and it all falls apart. If one is removed or not appreciated, the whole system falls apart. We do all the work that clinicians don’t have the time to do. They’re constantly telling us the ward wouldn’t run without us. We’re here to help you spend more time with your patients rather than getting bogged down with silly little things. Nothing is too big of an ask, we’re here to help you and make it easier for you.”

Wilkinson’s attitude epitomises the whole union’s attitude. We are stronger in numbers and we support each other through all the ups and downs. That’s why she was so compelled to join HACSU over four-and-a-half years ago.

“It’s better having someone on your side to have someone fighting your battles with you and alongside you rather than being alone,” she says.