Please download this PDF to print and put up on your workplace noticeboard. It is important that every member reads this news.

The DHHS EBA Ballot closed on Wednesday 23 May – 3363 ballots were received.

Today we found out that over 97% of DHHS workers voted YES to this EBA – and YES to protecting disability care!

This is a huge win for HACSU members who stuck together for two years to fight for a fair deal for disability workers and for the residents that you support.

This EBA has been negotiated by HACSU representatives to protect your working conditions and your residents’ quality of care over the next 8 years as we transition into the not-for-profit sector. We only won such an incredible deal because HACSU members were organised and persistent. Congratulations.

Now that DHHS employees have endorsed the new DHHS EBA, the Fair Work Commission now needs to certify the EBA. We hope this will be done by July.

You’ve voted yes – you’ve ‘signed on’ to the new EBA!
Which means you’ll now be paid the final Sign-On Bonus (the first Sign-On bonus was paid after HACSU members endorsed the Settlement Agreement in December 2017).
It’s to recognise that there were no wage increases for a year during negotiations after the EBA expired in 2016.
The sign-on bonus is $1000, and is paid pro-rata for part-time and casual employees.

Congratulations again on terrific result. Together we are protecting disability care. 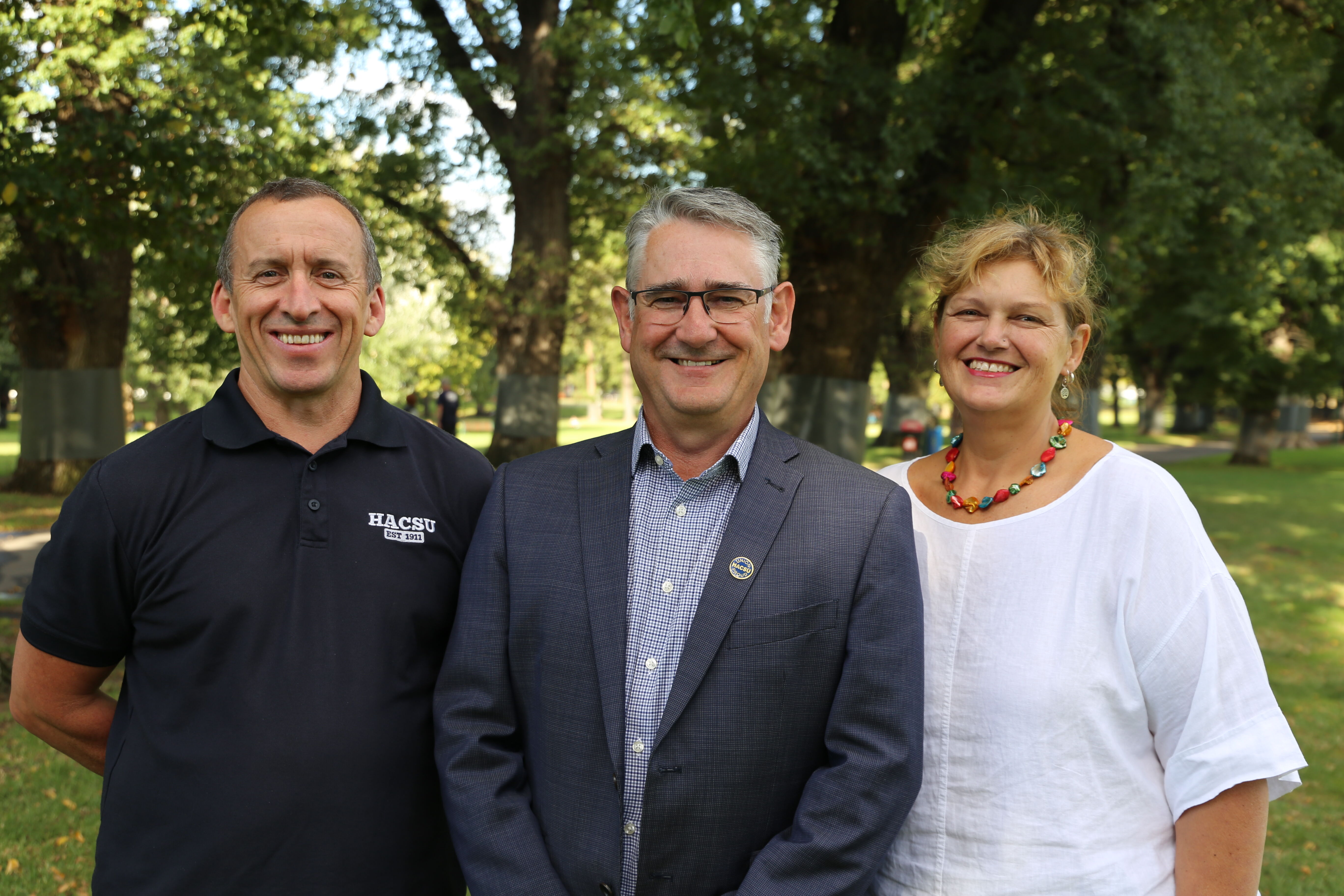