BANS ARE CRUCIAL TO THE CAMPAIGN

Progress in securing our new EBA, including our 5% per annum pay claim, is slow because the Andrews Government has not been prepared to respond and agree to our demands that secure our members’ future wage, job and conditions security in the face of the governments threat to privatise DHHS services.

The government has not made any decisions about the future of DHHS disability services. They say they are working through the results of the Expressions of Interest (EOI) process, which closed in late June and any alternatives. HACSU understands that there will be no decision from the government about whether it remains a service provider until later this year, although this timeframe is still uncertain.

We remain steadfast in our opposition to privatisation. HACSU is escalating our anti-privatisation campaign, which reached a new peak with a recent one-week campaign blitz in the marginal seat of Bendigo East. And there’s more action to come for the rest of 2017 with a radio and cinema campaign.

HACSU State Secretary, Lloyd Williams, said any new EBA has to have long-term protections for the job and wage security of members.

“The Andrews Government is not negotiating seriously, and is clearly waiting until it makes a final decision on privatisation.”

“We are looking for a 5% wage increase and a longer term deal that makes sure, whatever the Andrews Government decides on privatisation, members are protected.”

“We are now putting a lot of pressure on the Government and it is absolutely critical members maintain every single ban, and continue to support the anti-privatisation campaign.”

“We need 100% enforcement of bans and the rolling stoppages to get the best outcome on our pay rise and job security.”

Download the Protected Action Factsheet with info on all 29 bans

Colanda members have achieved the first major win in our campaign by securing a comprehensive financial assistance package for members affected by the closure of Colanda Residential Services in Colac.

The agreement includes significant payments for members who relocate out of area with residents, service continuity payments to members during the closure and redundancy payments for those that will exit.

Colanda members are congratulated on their hard work and commitment to the workplace bans and stoppages which forced the Government to settle the compensation package that recognises the significant disturbance to the lives of members and their families.

Lloyd Williams pointed to the recent Colanda Closure Agreement as an example of member action getting the best outcomes.

“Colanda members are an example of what it takes. If you stand your ground you get outcomes.”

BAN OF THE WEEK

With 29 approved bans, it can be easy to forget a couple as the campaign for a fair EBA wears on. Every week we will be featuring a new ban of the week on our Facebook page to show members’ commitment and tenacity in continuing the fight to protect disability care.

Together, we can win this. 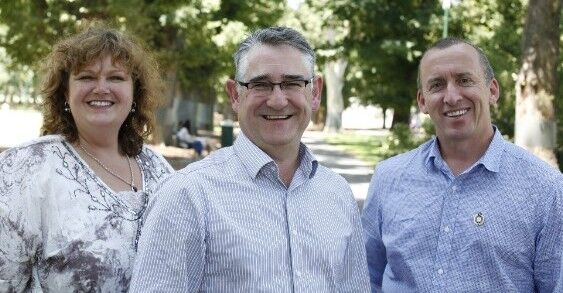