We’re negotiating in November! At the moment, we’ve got lots of EBA campaigns running across the sector and we’re very happy to have active and engaged members getting involved in the campaigns!

Earlier this month, we held our 20th HACSU Conference, where we welcomed over 150 HACSU delegates and activists from across Victoria to learn, share and network. We had some great feedback from the event and we also heard that there are some other types of workshops you want run during the event!

We brought together specialists across our sectors in the mental health, disability and alcohol and other drugs areas who brought a diverse range of knowledge, skills and support to boot! If you’re new to the union and you’d like to attend our next big event, get in touch to find out how – hacsu@hacsu.asn.au – we’re always on the look out for new delegates and activists who sustain the work of the union. 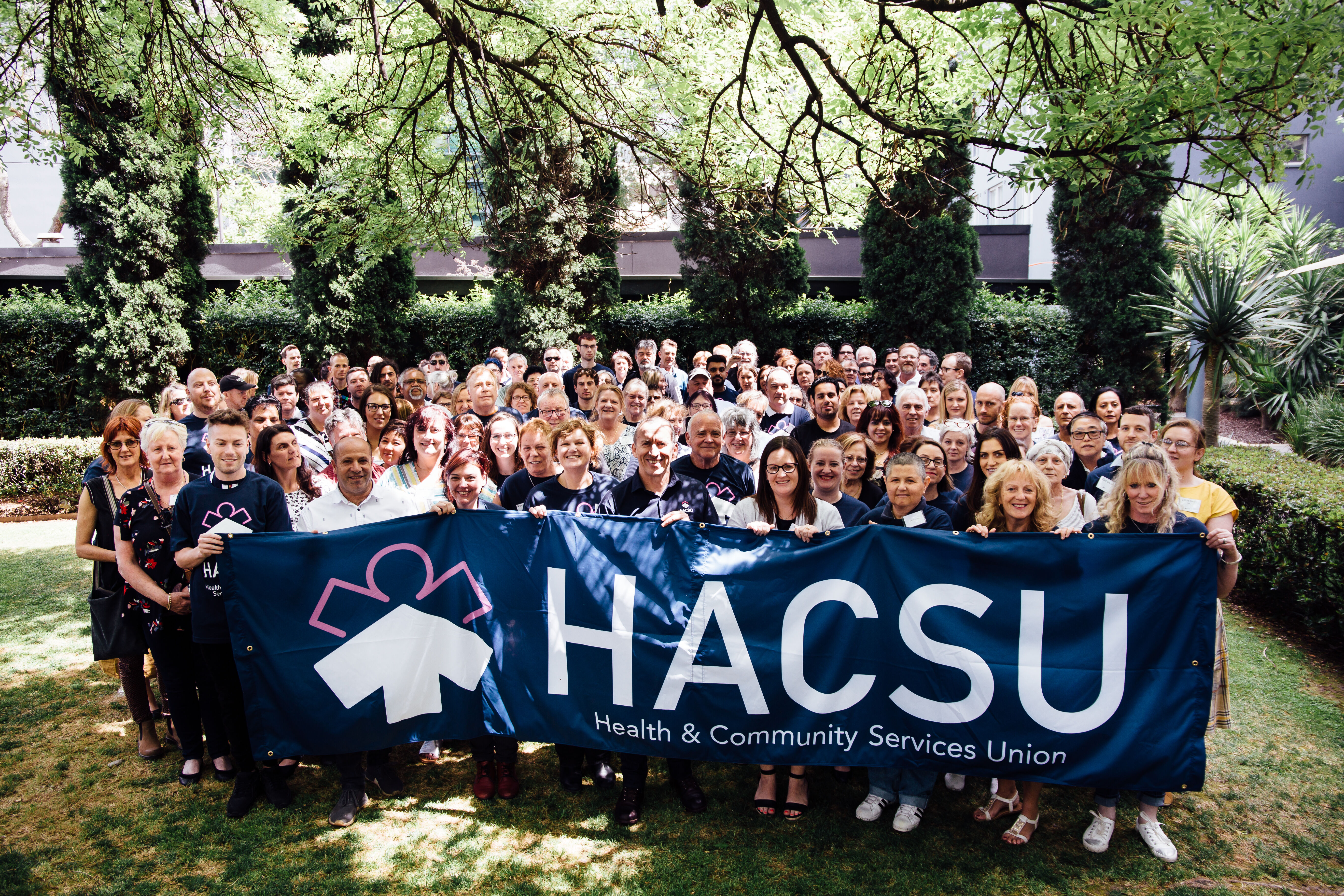 HUGE Wins for the Union

In the last week of November, we had a couple of fantastic wins for HACSU members, the entire Victorian community - and all Australian workers!

On November 28th, the interim report was released on the Royal Commission into Mental Health in Victoria. Thanks to the efforts of HACSU members who turned out, spoke up and helped us to lobby Victorian Parliamentarians, we saw some genuinely important recommendations put forward. Many of the recommendations provided by members in the submission made by HACSU were also put forward. We want to congratulate members on this huge step forward, but there’s still work to be done. Now is the time for us be working to ensure that the implementation process is smooth and that workers' rights remain paramount!

At the same time, we’ve been keenly working away alongside other unions across the country to encourage cross bench Senators to block the union-busting bill, ‘Ensuring Integrity’. Many of you might have heard about this bill in the news, or seen us talking about it on social media; it was a bad thing for all working people across the country and would have seen our industrial relations laws become some of the worst in the world. Together with over 45,000 Aussies, HACSU members like you helped to protect workers’ rights – on November 28th the bill was defeated!

There really is no doubt – there’s strength in unions. Talk to your friends and family today about the benefits of being a union member. 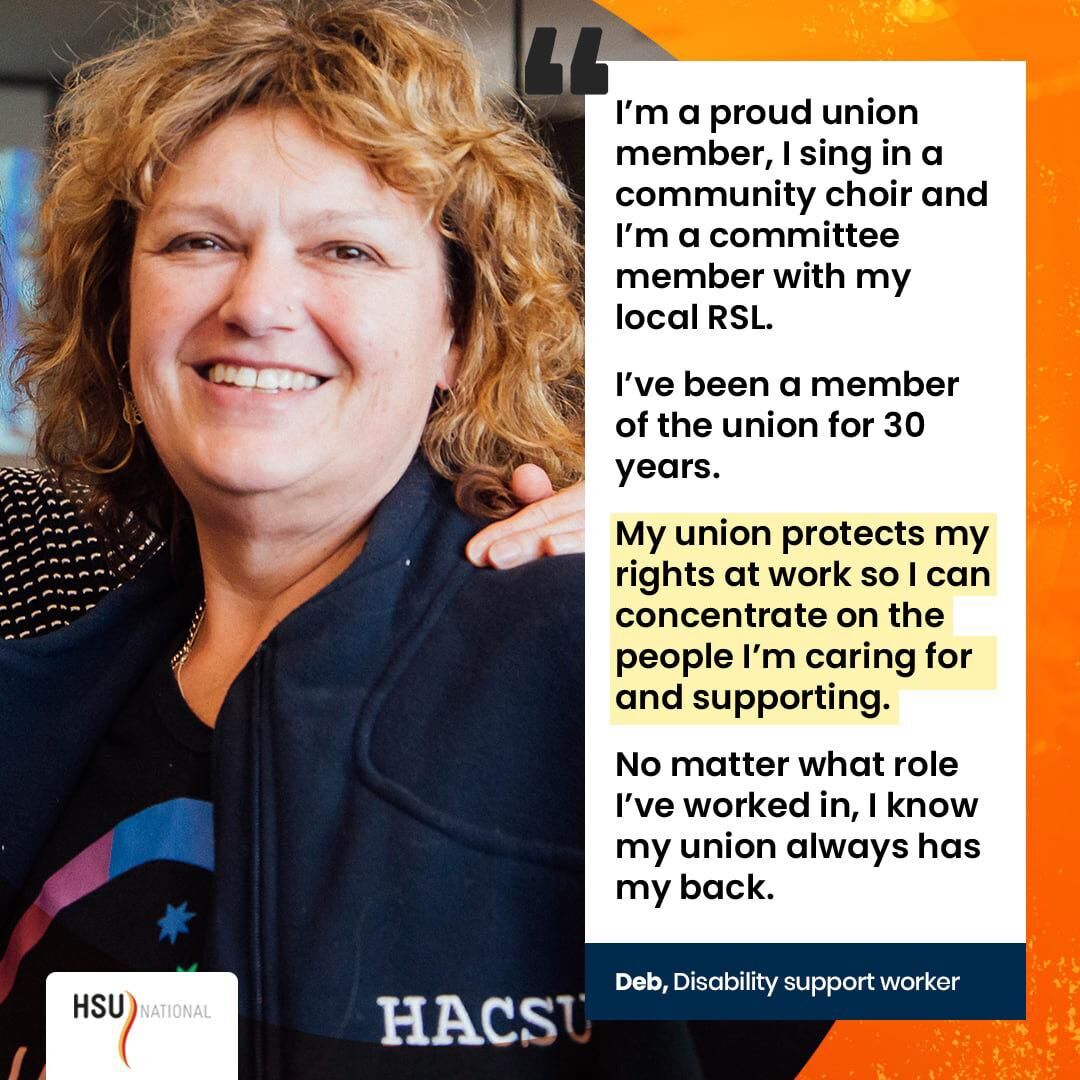 Right now, we’re in the middle of ’16 Days of Activism’, which runs from November 25th the International Day for the Elimination of Violence Against Women to December 10th World Human Rights Day. During the 16 days, we’re partnered with other unions across the movement to bring you energising and profound events, workshops and rallies you can get involved in. During this period, we’ll be recognising the considerable impact that violence against women has on individuals and collective groups, as well as on our society, holistically. We know at times it can be difficult for some people to understand the impact of ingrained, systematic and structural violence against women. After all, that’s the point of structural violence; it becomes the hardest to see when it’s widely accepted as normal. But we need to challenge these norms at home, at work and when we’re walking about in the world. A good place to start is by supporting women in whatever way you can. We’d love to hear about the things you do in your life to support women, be they colleagues, friends or even yourself as a woman!

In early December we’ll be releasing a fantastic resource that provides more information about what you can if someone you know is experiencing family or domestic violence - And don’t forget, if you or someone you know is not safe, you can call ‘000’ or Safe Steps on 1800 015 188.

We’re in negotiations for several enterprise agreements (EBAs) across the state at the moment and we’re calling on members for support! Currently, we’re negotiating with lots of disability employers, including Melba, Aruma, Mambourin and Life Without Barriers (excluding members who have transferred from DHHS), as well as a Multi-Employer Agreement that spans more than 20 employers and hundreds of employees. We’re also about to begin campaigning for our next public sector mental health EBA!

Thanks to members across these employers for your enthusiasm in campaigning for better wages and conditions! Members working at affected employers should be receiving regular email updates about these campaigns. If you’re not, please check your details are correct via your HACSU Member MyPage.

Want to learn more about collective bargaining for enterprise agreements? Click here to read about the role of union members and how you can take action!

It pays to be part of the union – we wouldn’t be able to get great wins like these if it weren’t for our dedicated members. To ensure all workers in the health and community services sectors are well supported, we need as many members as possible to be part of the union. The more members we have, the louder our collective voice!

If you want to learn more about the benefits of being a HACSU member get in touch today. We can organise to visit your workplace and talk to your colleagues about being part of something bigger!

This month we’re welcoming two new organisers, Jordan and Alex! Jordan joins us from previously working in mental health and Alex previously worked at the ACTU before becoming an Organiser at HACSU! We also welcome John, who is our new Campaigns and Strategy Lead at HACSU. John comes to us with a wealth of experience in campaigning and we’re excited to see how his expertise will improve outcomes for members across the union!

It’s been a little while since we communicated with members about who your local organiser is. With the recent loss of Priya who has moved to work somewhere else, and having Ginny move into another role as an Industrial Officer with HACSU, we thought it was time for us to update members about who’s there to help empower you to make change at your workplace! Click here to find out more. 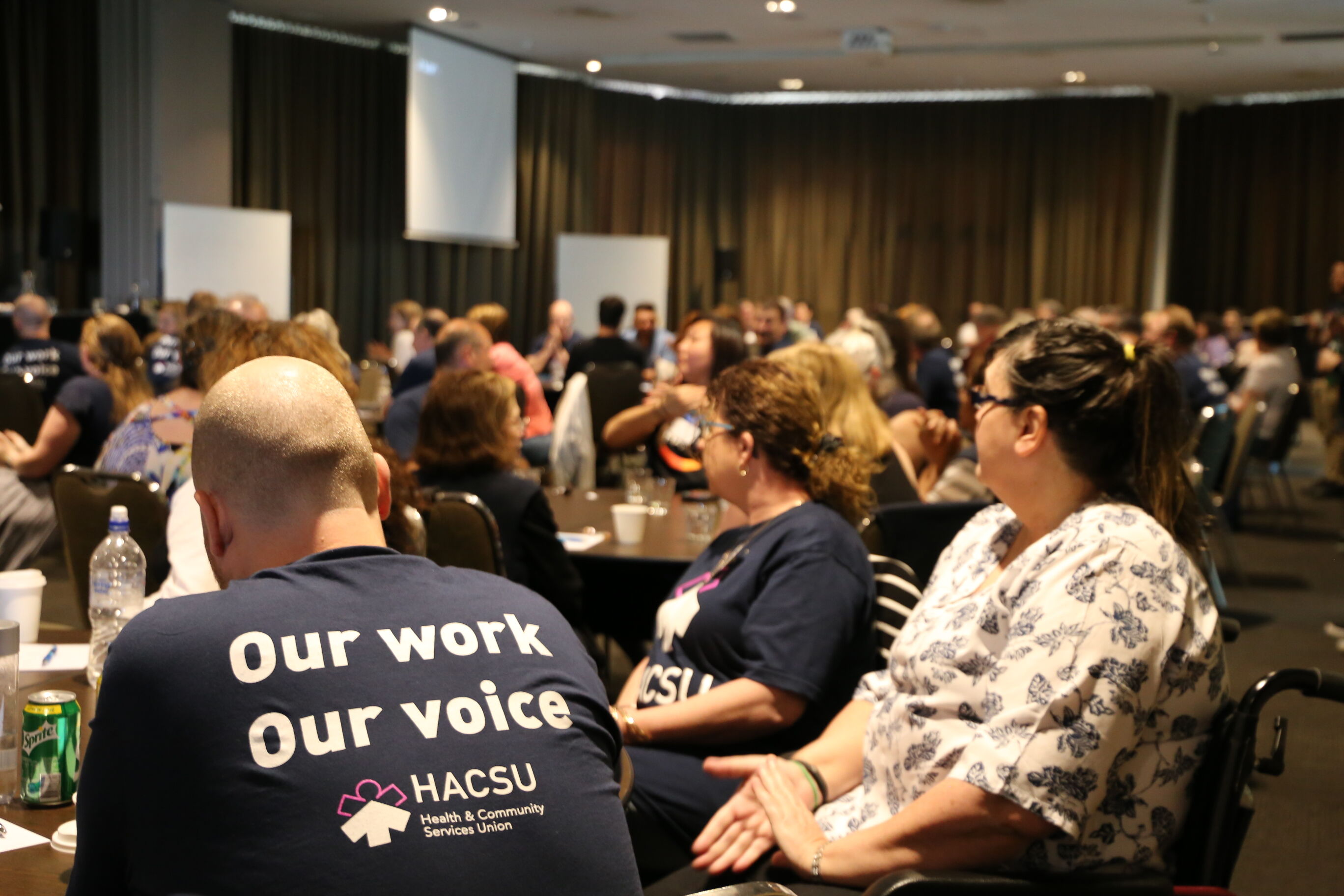 This year marked the 20th anniversary of the HACSU Conference, an event that welcomes delegates and activists from across the state to come together, learn and share expertise. This year we had some fantastic moments including guest speeches from Shadow NDIS Minister, Bill Shorten, and Minister for Disability, Luke Donnellan, a fabulous farewell from outgoing State Secretary Lloyd Williams and the introduction of new leadership team in State Secretary Paul Healey and Assistant State Secretary Kate Marshall. We were also fortunate to have workshops hosted by Trades Hall Women’s Team, Refugee Action Collective, Tanja Kovac, ME and Poet and Author Frank Prem. You can read some of Frank’s work from his new book here.