Home >News >HACSU supports the workers at the Myrtleford lock out

HACSU supports the workers at the Myrtleford lock out 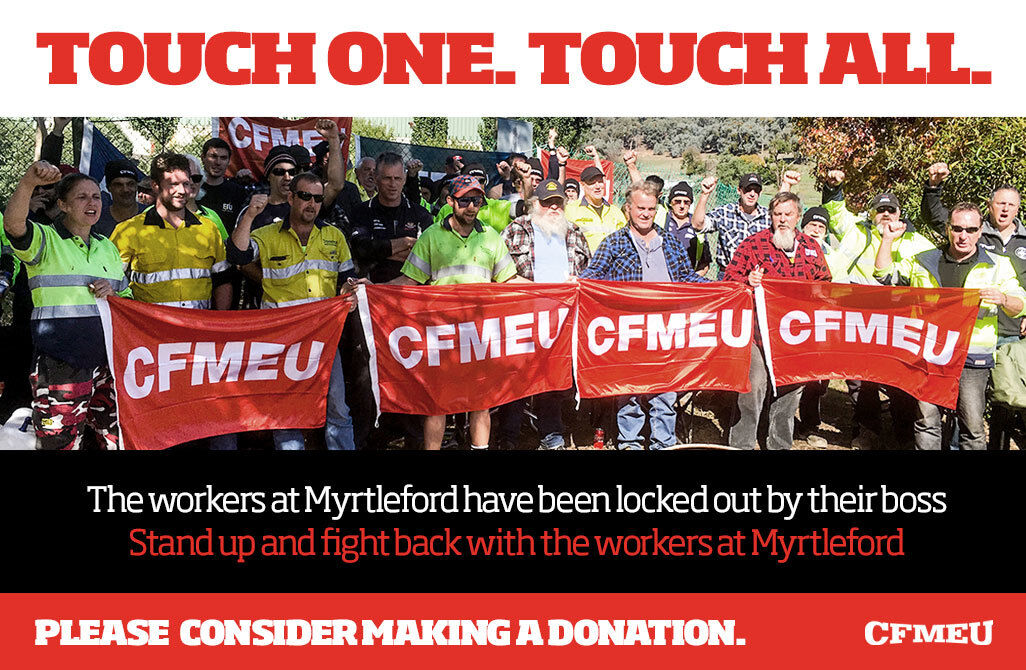 On 19 April the giant timber industry corporation Carter Holt Harvey locked out the entire workforce at its Myrtleford ply board manufacturing site.

It is Carter Holt Harvey’s latest attack on its hard working employees who just want a decent enterprise agreement to replace the old one which has expired.

Carter Holt Harvey had revenue of $948 million in 2015 but says it can’t afford to provide decent wages and conditions for its loyal workers. For example, the company refuses to reinstate the long-standing practice of having the annual maintenance shutdown at Christmas time so workers can spend time with their families.

The entire Myrtleford site has been shut down since 19 April.

No work has been done by employees and deliveries are not being made into or out of the site.

The workers at the Myrtleford ply board manufacturing site, their families and their unions call on the local community and the company’s suppliers and customers to support their just stand against Carter Holt Harvey’s attack on them.

HACSU has made a donation of $500 to support these workers. You can find out more about the campaign or and make a donation here.