Inequality in Australia An Economic, Social and Political Disaster Summary

The vast wealth generated over the last three decades has decisively gone into the hands of the privileged few, and not the many. While some brag about the absence of recessions in the “lucky country” Australian workers have been experiencing anaemic wages growth, the slowest of any sustained period since World War II(1). That is a terrible indictment on the Morrison Government. The fact is Australia did a better job of providing “a fair go for all” for most of our post war history than we have managed to achieve in recent years, even though profits have sky rocketed and growth has been steady. Over the last 27 years labour productivity has increased dramatically and every Australian worker has contributed to that achievement. Yet only the powerful elite in the banks, insurance companies, big business and multinationals have significantly benefited from this additional wealth. Profits, executive salaries and bonuses have soared while average real wage growth has remained anaemic. Consequently, workers have been trying to stretch a static pay packet to cover rising energy bills, childcare costs, medical expenses and other necessities of life. The battle to make-ends-meet has become an ongoing nightmare for most working families.

Australians have experienced a fall in their living standards. Living costs outstripped household incomes by 2.9 per cent over the past three years as weak wage growth delivered the biggest fall in living standards for more than 30 years. 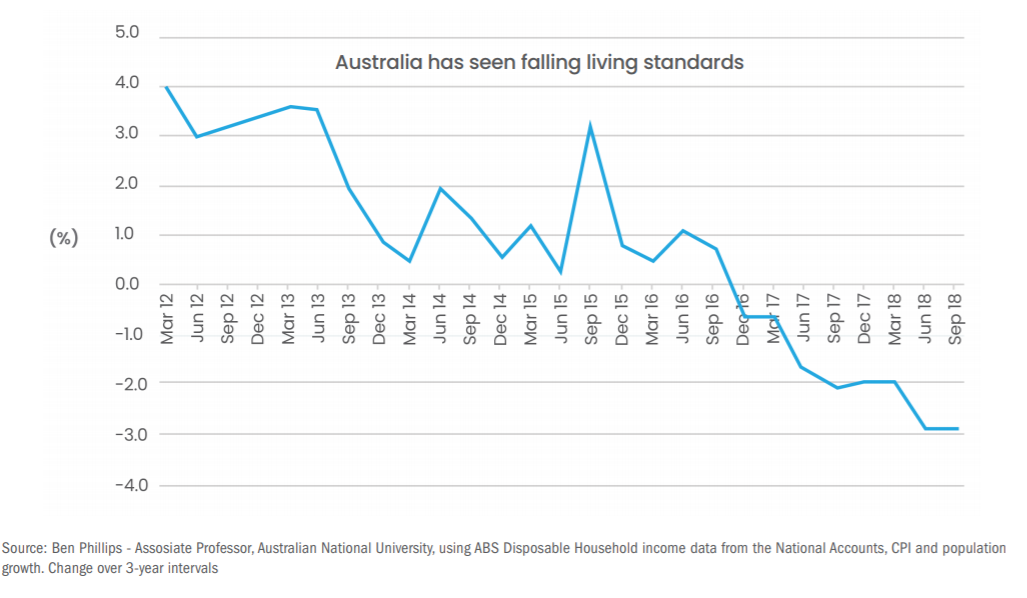 Australia is currently facing an ‘incomes recession’ The fall in living standards in the past three years was greater than during the last recession in 1991-92. 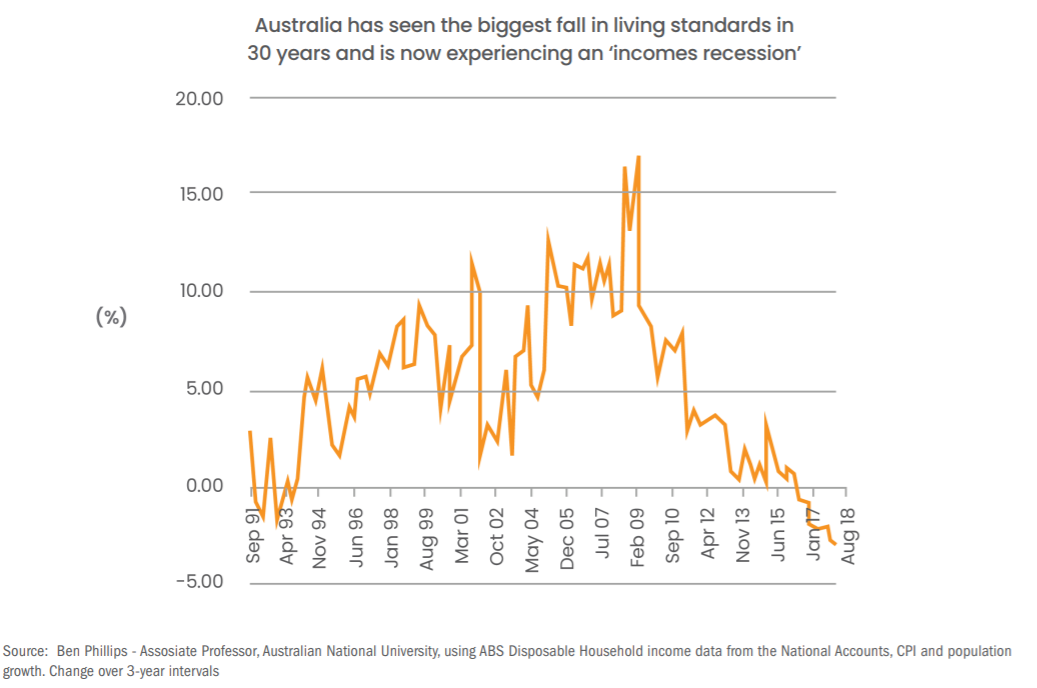 The Morrison Government has denied inequality is a problem
Josh Frydenberg has said Australia needs “not to redistribute the pie but to grow the pie”*. These arguments hinge on the assertion that high inequality is required to boost investment, growth and jobs. This is simplistic nonsense. The fact is that by sharing economic wealth more fairly we will accelerate economic growth. This is particularly true at a time when international demand is declining and on the domestic front people are starting to cut spending and investment (2). A reduction in income and wealth inequality in Australia will maximize our economic growth potential over the next few years thereby providing scope to maintain high profit levels while ensuring better living standards for lower and middle income earners. The ACTU perspective on the relationship between inequality and growth is shared by the International Monetary Fund (IMF), World Bank and the OECD.

What does the evidence show about inequality in Australia?
There are a range of concepts and many statistical indicators that can be used to gauge inequality of income and wealth. Most of the literature and policy debates focus on inequality in: gross wages and salaries derived from employment; gross income regardless of source; net or disposable income which takes into account taxes and government cash transfers; net income adjusted to reflect the impact on household consumption of government services like education and health that are provide free or are subsidised; wealth inequality; and finally the inequality between the share of national outgoing to labour in the form of wages and salaries and that going to capital through profits. 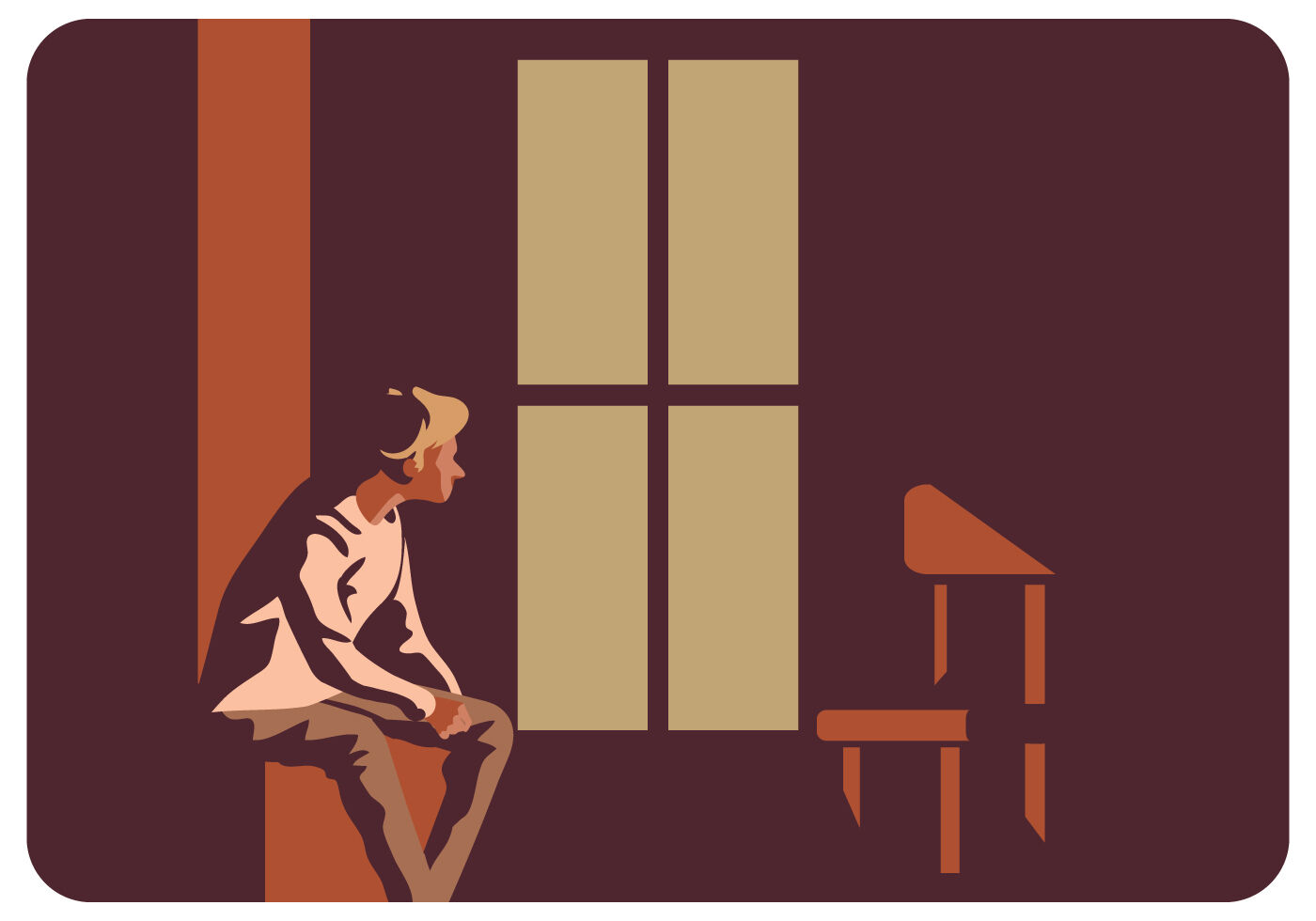 To get an accurate and comprehensive picture of how a country is managing inequality one needs to review a lengthy list of indicators and review long term trends. This is explored more thoroughly in the full report: 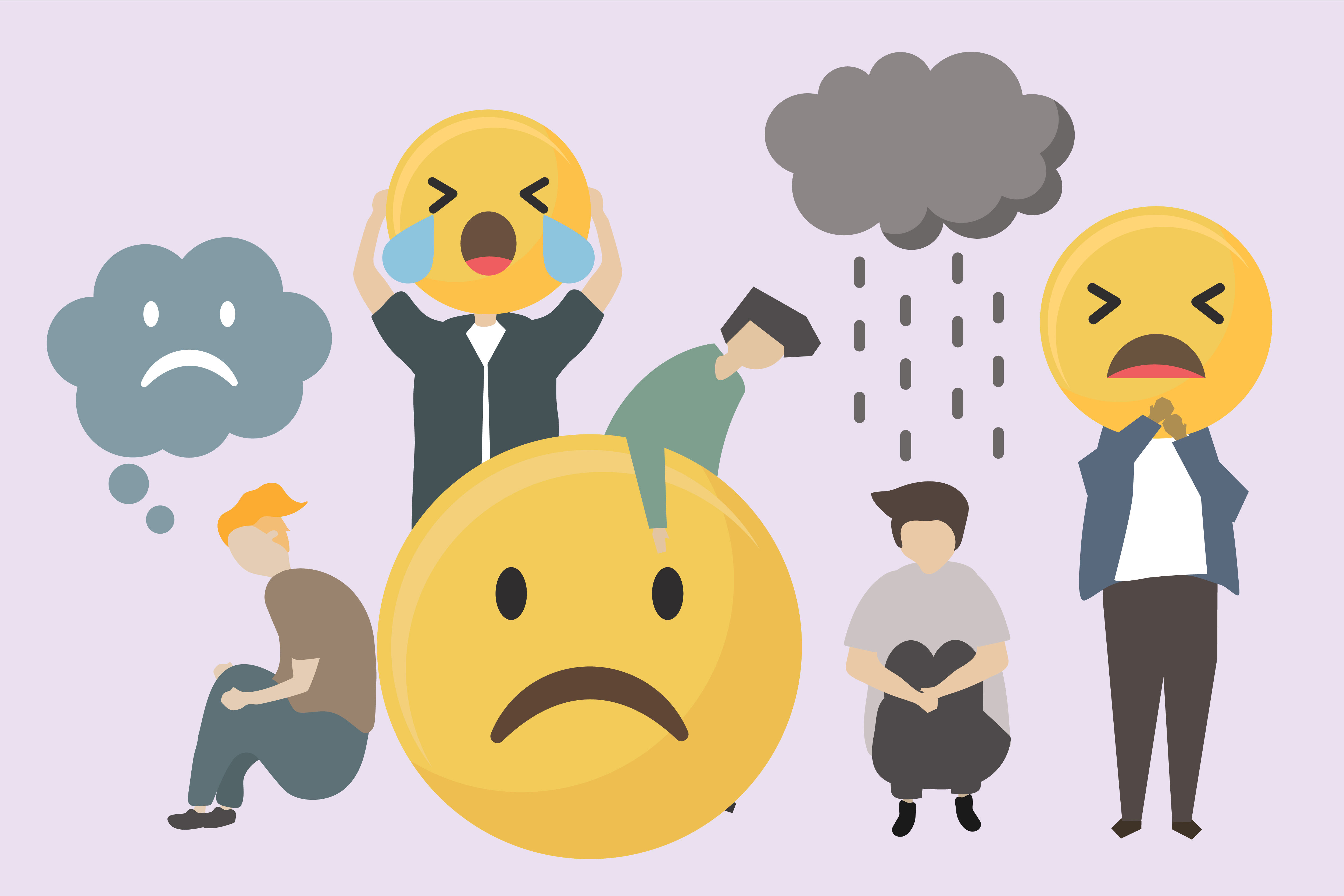 Let’s not go down the American road

In our nation small elites have amassed vast fortunes and massive political power. While for the vast majority of people, living standards have declined and job security has disappeared. If we don’t change course, Australia will be a fully Americanised society of high inequality and dead-end jobs, with long working hours, no holidays, zero job security and poverty pay levels. Our Prime Minister has made clear his personal admiration of President Trump and has started to replicate some of the worst international and domestic policies of the current USA administration. This should scare all sensible Australians regardless of what political parties they may have supported in the past. We must not allow our country to go any further down this path. Instead we need a commitment to wage, tax and social expenditure policies that will support families in the lower and mid parts of the income distribution and thereby expand the middle class.

Set out below are the key policy areas that must be addressed in order to lower inequality, raise the living standards of all Australians, maintain robust levels of economic growth and revitalise faith in our democratic process.