Negotiations between HACSU and Melba over the terms of a new Enterprise Bargaining Agreement (EBA) ended before midday today, after Melba refused to schedule any further bargaining meetings, or to listen sensibly to HACSU’s many outstanding claims for our members.

As you already know, we’ve been attempting to negotiate with Melba representatives for a new EBA for HACSU members. This EBA applies to those Melba employees who have not transferred from DHHS.

When negotiations began in October, Melba told us that they would only hold a maximum of six meetings. They also advised they wanted the EBA vote to occur before Christmas. We have repeatedly told Melba that we wouldn’t be able to reach agreement within this short and arbitrary time frame, unless all claims were genuinely discussed, considered and responded to by all parties, and that Melba’s corporate considerations shouldn’t trump the claims of our members.

Melba flatly refused today to accept our request for further meetings- instead only offering HACSU and the Australian Education Union the option of an unplanned, unscheduled, extension to negotiations this afternoon. We rejected this unreasonable offer.

Melba has been telling its staff that they’ve made “significant progress” negotiating union claims and that they’ve reached “in principle agreement” to offer a “great deal to staff”.

In reality, Melba has either rejected, or refused to allow more than a few minutes to discuss over 50% of union claims.

We fundamentally disagree. Melba is offering staff a pay rise of 3.25%, less than HACSU’s claim, and at the expense of almost all of our claims around working conditions and entitlements.

Melba wants to be an ‘employer of choice’, and thinks that its offer on pay and conditions is ‘industry leading’.

This is not the case. HACSU asked for 14 weeks paid parental leave. Melba allowed the union 3 minutes of discussion on this, and wouldn’t offer more than 6 weeks to the primary care giver.

HACSU asked for superannuation contributions to be paid on paid parental leave. Melba said no, after 46 seconds of consideration.

HACSU asked for your superannuation payments to be paid at the same time as your wages, giving you more money on retirement, at no cost to the employer. Melba said no, after 56 seconds of consideration.

We will keep our members updated on next steps, once we have received further instructions from the Fair Work Commission.

What Melba want is to provide their workers with worse wages and conditions compared to workers who’ve transferred from DHHS.

We’ve spoken to members working at Melba about the situation and this is what they’ve told us:

“Listen to us - forget that it’s the union facing negotiations – it’s our log of claims, the workers.”

“Don’t be dismissive, this is our livelihood, we deserve better.”

He’s a video of John, Organiser for Melba talking about the issues workers have faced throughout these negotiations.

There’s never been a more important time to be a HACSU member. Together, our voices are louder than when we’re alone – and we won’t stop fighting as a collective for what’s right.

Talk to your colleagues about the benefits of being a HACSU member TODAY! 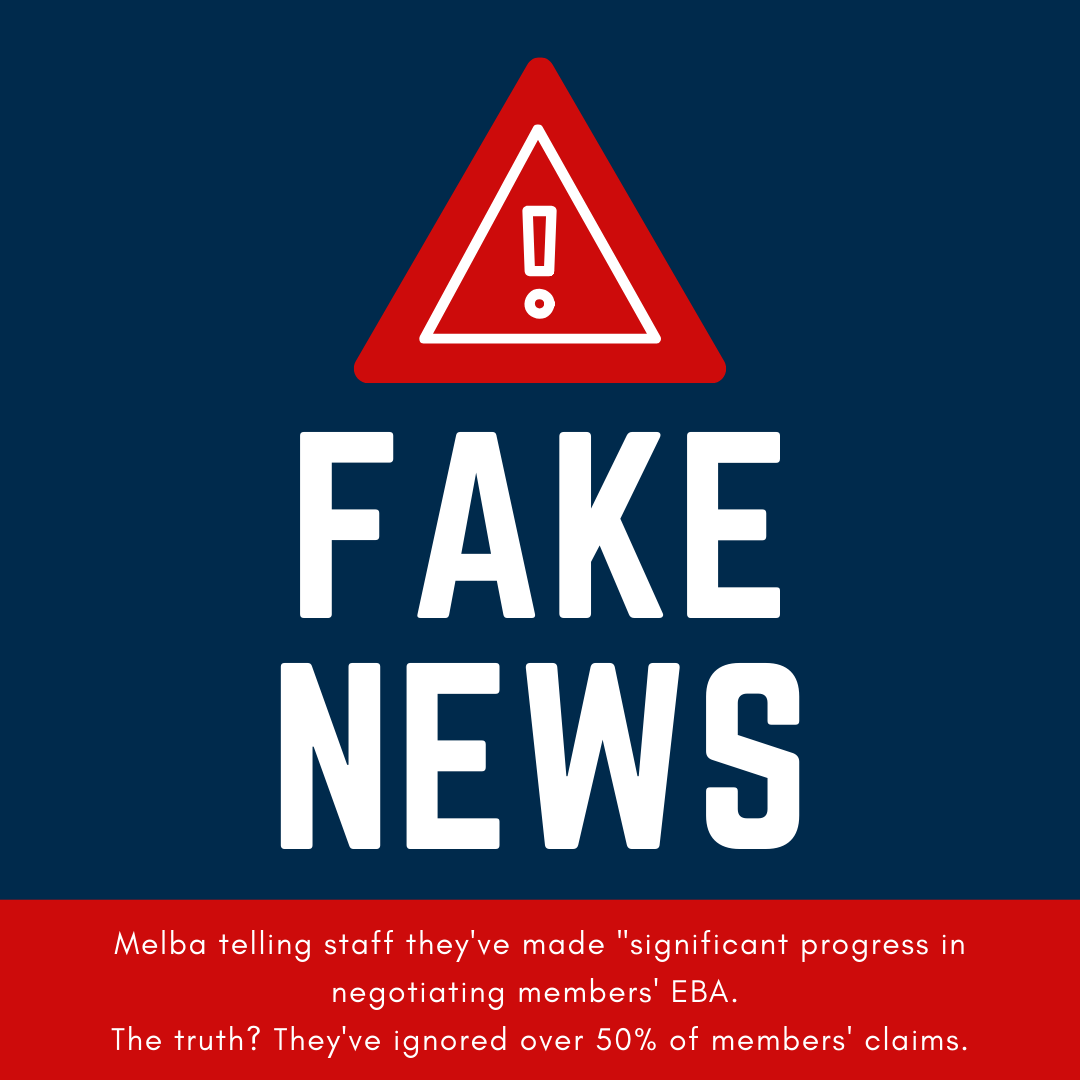 Sharing is caring. Click here to print a copy of this newsletter to post on your workplace noticeboard.