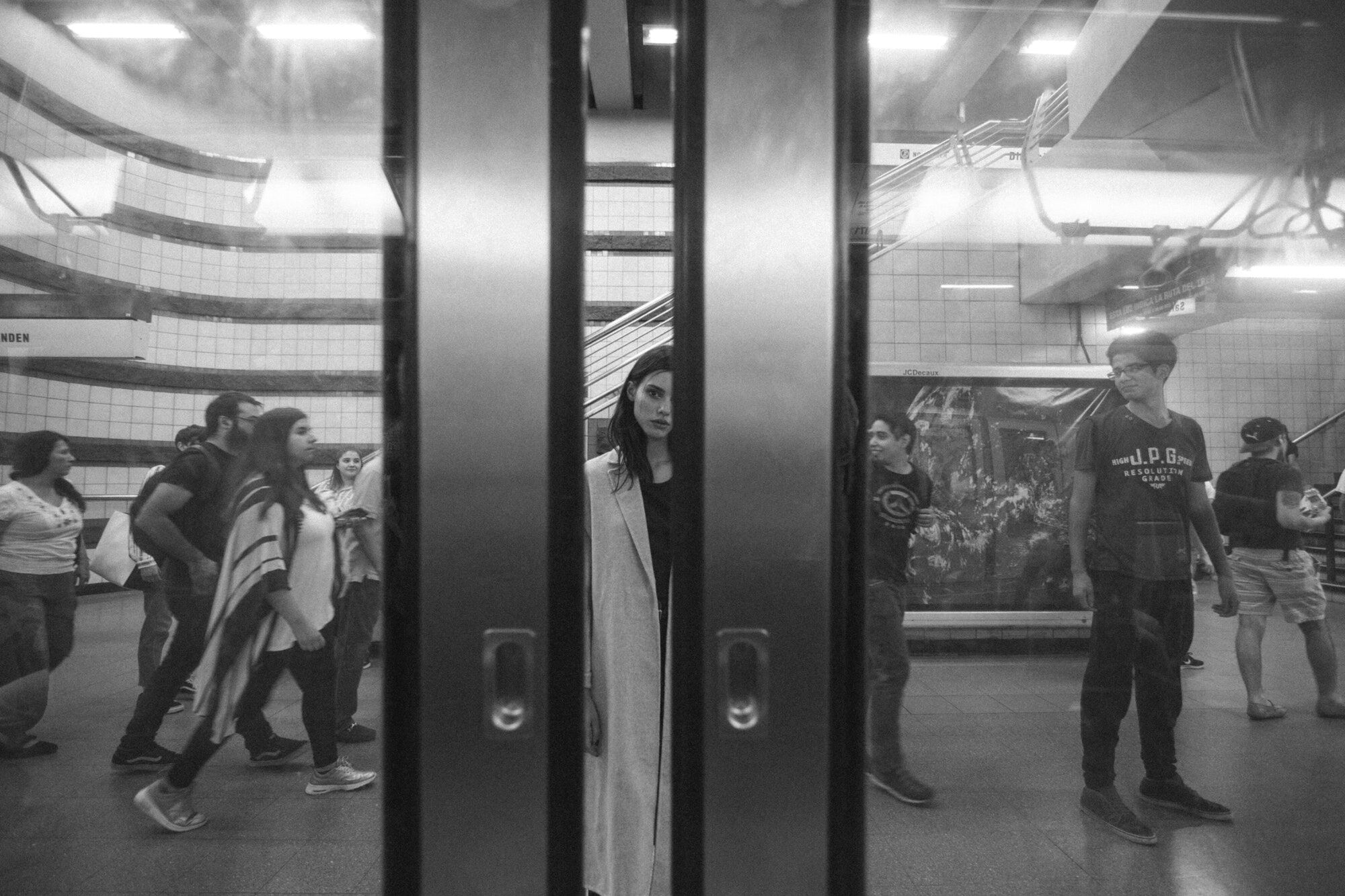 I have a confession – I’m hopelessly apologetic.

I think I am being polite. I think it’s nice. Darting between pedestrians, soft whispers of “Sorry!” and “Excuse me!”, as I dance around aimless wanderers, tourists, and those preoccupied with phones, as I try to reach my destination as quickly as possible. I am honestly unsure if it is noticed or acknowledged – but I feel like it is the right thing to do.

On the train last night, the train was packed. Sardined in, as is the Melbourne peak time tradition. I’d forgotten my headphones, so submitted to the torture of inane chatter (I know, let people live – but I get enough chat at work, so after work I crave quiet). A woman squeezes herself into the carriage and immediately says “Sorry! Can I get through? Sorry!”

Innocent enough, but the response I watched with interest. The noises made by the predominantly male crowd accepted her apology; vaguely positive mutterings and nods of “That’s okay.” Some faces look put out. Subtle insinuations that this was definitely something to be sorry for.

I continued to watch as people boarded the train; there was of course the usual eye contact and awkwardness from various passengers but this time, I noticed scatterings of men boarding the packed train who acted overtly put out. The existence of other people was just too much to bear.

This is one example of what entitlement looks like. These men deemed themselves worthy and deserving of taking up space, whereas some – let’s face it, most – women did not.

When the women apologised, literally no one said “There is nothing to apologise for” or “Don’t you wish Labor would put more trains on the tracks?” Okay, so politics with strangers might be a fraught subject, but these people simply accepted her apology – given for the horrible social faux pas of daring to travel on public transport. They reaffirmed she had done something wrong.

Here is the part where people throw their arms in the air. Apologising is polite! This is manners! What is the world coming to?

The world is coming to hell. The left side of politics has received a lot of criticism lately for pedantry and political correctness. The problem with this approach? Language is important. The way we speak about ourselves is important. If you don’t believe me, look at any situation in history where people have been persecuted en masse; it always starts and is maintained with language.

Those to the right of the political spectrum are doing their best to gaslight us. Mocking us for being “snowflakes”, for caring about pronouns, and hijacking the purpose of freedom of speech (or at least, their version of it, which merely attempts to justify hate speech).

Fear drives this rhetoric. Fear that somehow, they’ll get less. The loss of privilege, or at least, the reduction of it can feel like that and let’s be frank – that’s how it should be.

Our behaviour is deeply affected by subconscious thought and learned behaviours from such an early age. Themes of guilt, shame, and worthlessness run within us all. It’s how we engage with these beliefs, thoughts, and feelings that impact on our day-to-day existence. We need to be conscious of our subconscious. Mindful of messages we receive constantly from our social and cultural environment, subliminal and overt.

Women know this lesson better than anyone; we are expected to minimise every aspect of ourselves in public. The space we occupy. How much we speak. Our opinions. Even – especially – the size of our bodies, to the point where some of us starve them to submission, resulting in poor physical and mental health…and worse.

We must challenge our automatic actions and make sure they are justified not to others, but to ourselves first and foremost. Leave nothing unquestioned.

This doesn’t preclude good manners. Perhaps next time I step on a crowded train, instead of saying “Sorry!” I will thank my fellow commuters.

“Thank you for stepping aside!”

“Thank you for moving!”

But I will no longer apologise.