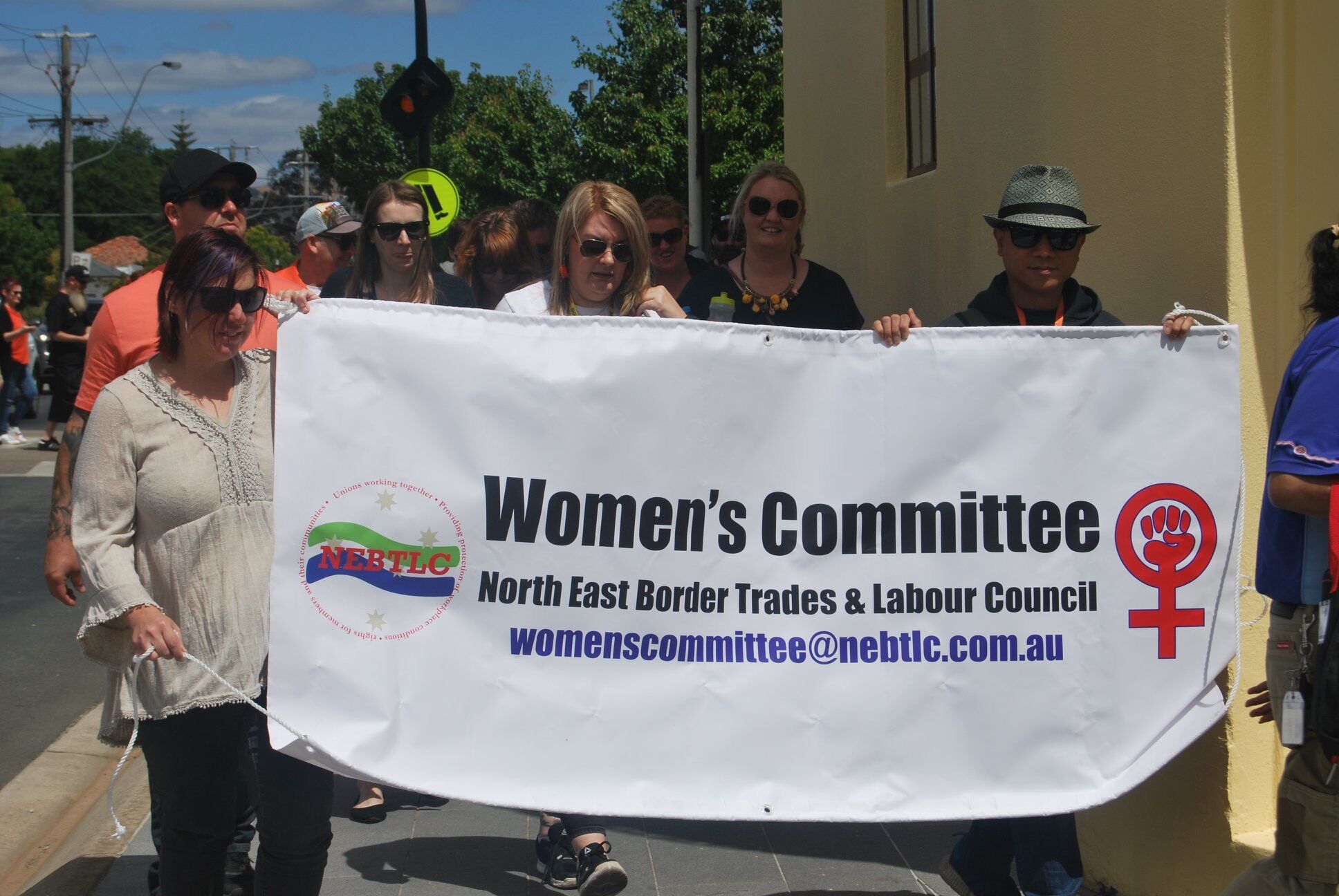 HACSU has been thrilled with the efforts of our diligent delegates who have gone out of their way to commemorate the worldwide 16 Days of Activism Against Gendered -Based Violence.

Being an activist or delegate for the union is an important role, and we're always looking for more dedicated members to step up and fight for the rights of colleagues and our wider community! Get in touch with us to find out how you can become a delegate today!

HACSU would like to acknowledge the hard work of our Wodonga-based delegate Cheryl Mann, who ran a series of events in her region to pay tribute to the many women across Australia who have lost their lives this year due to violence.

Cheryl says the idea to run the events transpired about four months ago, after having attended the inaugural HACSU Women’s Forum. Cheryl was also a recipient of the prestigious Anna Stewart Memorial scholarship, where she picked up valuable organising and activism skills.

It was these skills that assisted her in setting up the North East Border Trade Labour Council Women’s Committee, which she established three months ago under the mentorship of Virginia Mansel Lees, the current NEBTLC president.  The first step was setting up a facebook page and an email account. Cheryl linked the committee in with other active unionists in her region to make the committee’s presence felt in the region.

Once the committee was established there was a consensus that they should contribute to the global 16 Days of Activism. After a lot of debate, the committee agreed on three events to kick start the activism.

The first event was a committee luncheon which was attended by HACSU president, Debbie Gunn and Women’s Co-coordinator, Lisa Andrew. The committee explored was to engage women in events and activism. The second, was a night vigil to honour all the Australian women that died as a result of violence in 2019. At this event Cheryl read out the statistics around women-related violence to a crowd of attendees and performed a rock ceremony in remembrance of all the individuals lost this year. The vigil attendees also took a pledge to call out and stamp out any signs of gendered violence when they see it.

The Wodonga Feminism in the Pub event will be held at the Blazing Stump Hotel on 10th of December. A panel of four highly successful women will speak about the importance of making female voices heard across all industries in the interest of progressive policies and change.

Currently the NEBLTC Women’s Committee has a dozen active members but is looking to pick up more. Cheryl notes that momentum is building as the women’s network expands and interlinks across with other support services and communities across the region.

If you are interested in learning more about women’s activism in the Wodonga region you can contact Cheryl directly: womenscommittee@nebtlc.com.au you can also connect with NEBTLC Women's Committee on Facebook.