This pay rise is a result of the historic Equal Remuneration Order (ERO), which came out of the 2012 Equal Pay Case won by HACSU and other unions.

The ERO provides ongoing pay increases on 1 December, every year from 2011 until 2019. These increases are on top of annual minimum wage increases on 1 July. Over the life of the ERO, members will receive increases between 23% and 45%.

This year's 1 December ERO increase is between 2.27% and 4.00% on top of members' current ordinary hourly rates.

The total average amount in dollar terms (excluding overtime and penalty rates) over the full implementation period is between $15,000 and $20,000 for the average full time non-government disability worker.

The ERO increases were won by HACSU members, joining with members from other unions, in a long-running case argued in the Fair Work Commission.

"People working in disability services do a very important and difficult job and they should be properly paid for it," Lloyd Williams said.

"The ERO pay increases, which keep pay rises flowing for nearly a decade, show the power of workers joining together."

"It's a great pre-Christmas present for members and their families each year."

HACSU members are continuing to bargain with individual employers for increases over and above the ERO minimums.

Any members who do not see pay increases in the pay period on or after December 1 should query this with their payroll officer. If members are not satisfied they have received the increase please contact the HACSU office.

Disability support workers in residential settings and Disability attendant carers paid on the Social Community Housing and Disability Award rates will receive a wage increase in the next full pay period from today, December 1, 2017.

The below charts detail increases to the minimum award rates for staff classified as an Attendant Carer. These rates are per the Social Community Home Care and Disability Services (SCHADS) Award.

The December rate is an increase of the Equal Remuneration Order, as won by HACSU and other unions. 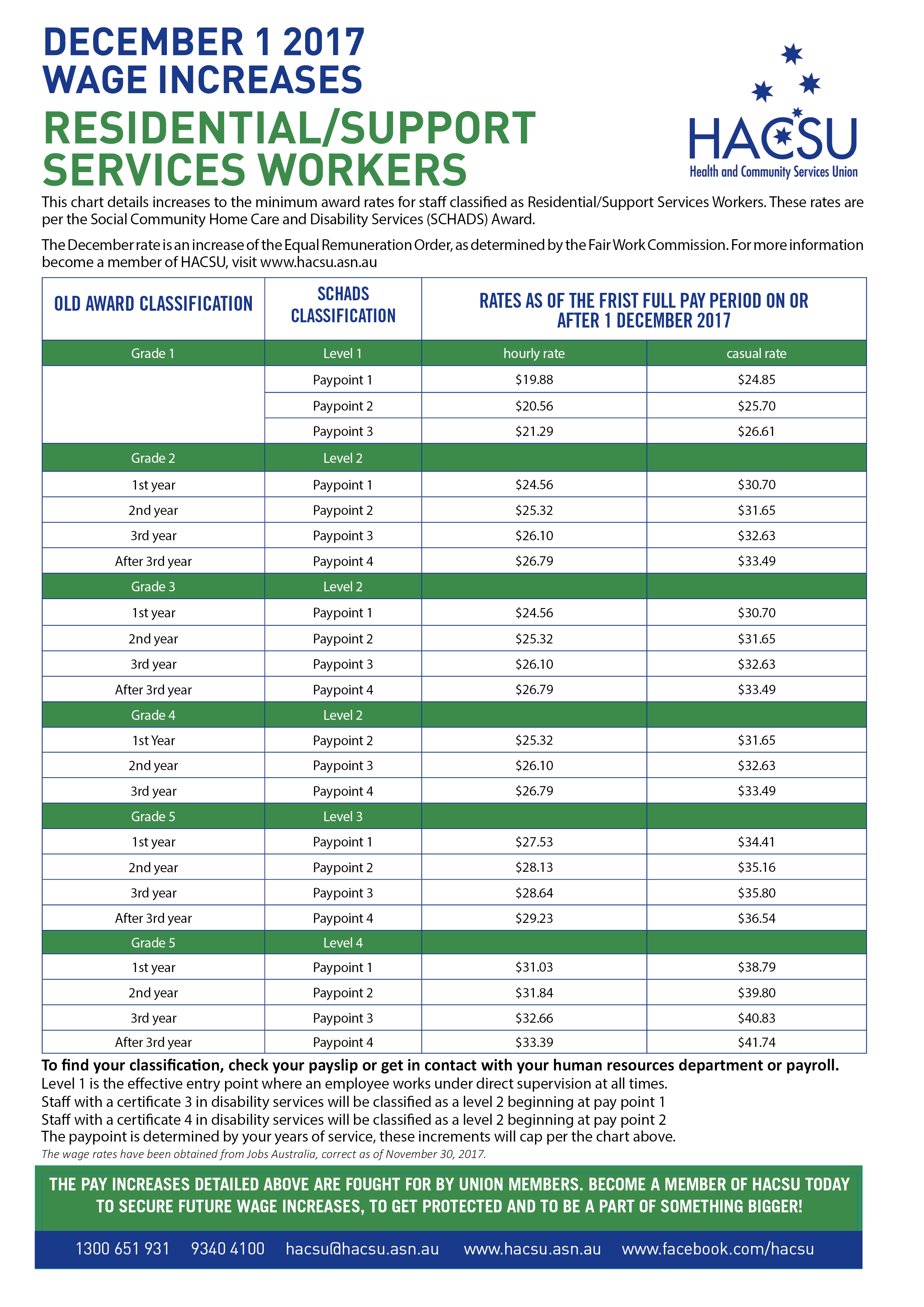 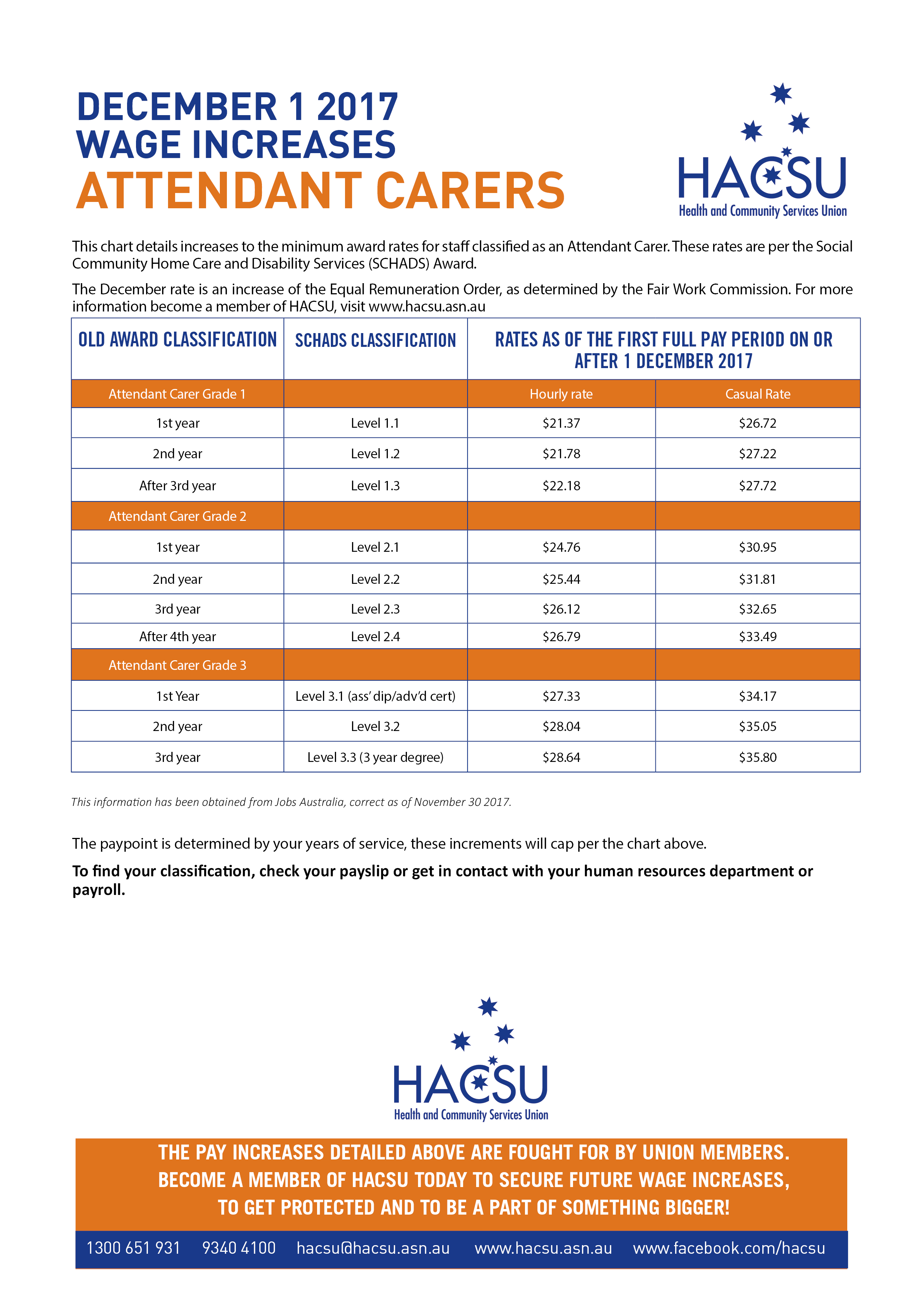